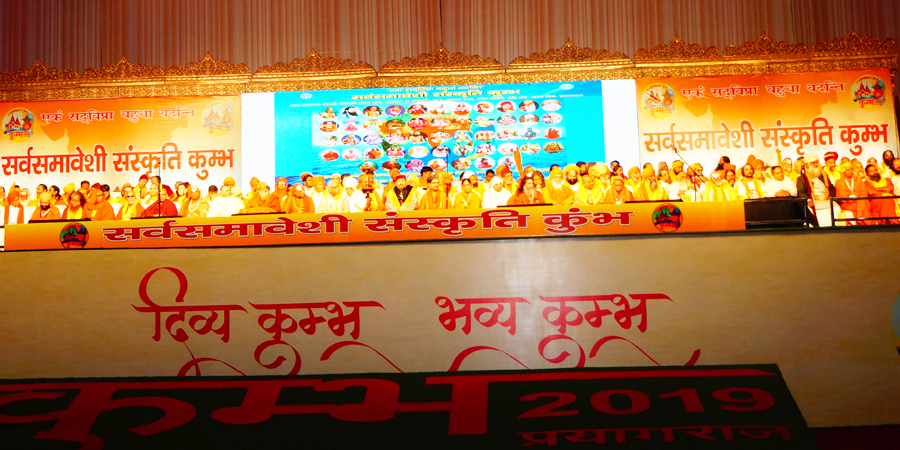 Vishwa Hindu Parishad was formed in 1964. Service works started only after formation due to various reasons. According to the needs of the society, the individual and the local, all kinds of small and big works started from place to place.
Today, about 90 percent of the states and 40 percent of the districts of the country have reached their work. The total number of service centers and projects has crossed one lakh. Our target is to reach 1000 districts in the next 4-5 years. To achieve this goal, regular meetings are held from the center to the block/district level. In which the progress, arrangement and detail of the work is considered. Sewa Kumbh program is organized at the state level in every province every 5 years.
,
A souvenir containing the tableau and information of the service works going on in the province will also be inaugurated by the lotus feet of the special guest present. With this type of souvenir, the society is informed about the service works going on in the province. Their proficiency is demonstrated in cultural and other programs by the students studying in their schools, hostels and child welfare ashrams. The service department of Vishwa Hindu Parishad is not publicity-oriented, but through such programs, a sample of the more ambitious work being carried out by the VHP comes to the knowledge of the general public.
Our society believes – “Paropkaraya Punyay, Papaya Parpidanam” is the essence of all Veda Upanishads. The instructions of all the sects, sects, sects originating in our country are also service based. Therefore, the idea of ​​service is pervasive in the blood of every constituent of this ancient nation. Taking this as the basis, the VHP is engaged in the service and strengthening of the society through the expansion of service works in the entire country.
Share :